In pickleball, calling someone’s ball out and proper pickleball etiquette are both important.

It’s simple to call an out in pickleball. You should call the ball “out” if there is room between the line and the point of contact. The ball should be called “in” if it bounces on any court line. The non-volley line on the serve is the one exception.

This article discusses when and how to call an out in pickleball, as well as the basic principles for doing so. I’ll go over several other scenarios involving line calls in pickleball, including ones that you might not have considered. I’ll also go over basic pickleball etiquette for making a good line call along the way.

Knowing the rules is crucial to learning pickleball, and understanding line calls is possibly the most crucial aspect.

In pickleball, there is a term called “calling an out.”

When a pickleball ball bounces outside the court lines, it is called out. It’s out if there’s a space between the line and the ball. If you have any doubts about the call, you should give your opponent the benefit of the doubt. The ball should be called “in” if there is a question.

A “line call” is a “out” call issued after the ball touches the court outside of the limits but near a line. The game is over, and the ball is no longer alive.

The preferred manner of indicating a line call is to say “out” aloud. Players can employ hand signals in addition to a line call, according to Rule 3.A.18 in the USA Pickleball 2021 Rulebook. To signal that the ball is out, you can use terms like “wide,” “deep,” “long,” and “no.”

Pro Tip: There is a special rule that applies to sanctioned tournament play that you should be aware of. If a referee overturns an out call on appeal, the team that made the call receives a fault.

In Pickleball, who calls the ball in or out?

On your side of the court, you’re in charge of all line calls. In other words, you decide whether your opponent’s shots were in or out. You don’t get to call your own shots in or out, on the other hand. That is the obligation of your opponent.

Pickleball is a social sport that encourages individuals to interact with one another. When it comes to line calls, some of that amicable attitude can be put to the test.

Just remember that a welcoming, open attitude is what allowed pickleball to take off and flourish so swiftly. Arguing about line calls isn’t part of the sport’s DNA, which is founded on a welcoming, social, and inclusive culture.

That’s all there is to it. Pickleball is a fun sport to play. Keep it that way, and don’t get too competitive with line calls, especially if you’re just playing for fun. If you call the ball “out” and your teammate calls it “in,” your opponent should be given the benefit of the doubt, and you should call the ball “in.” It should be called “in” if there is any uncertainty about the call.

In pickleball, you rely on your opponent to make the right and honest decision. If there’s any doubt, give the shot maker credit, say “excellent shot,” and call it “in.”

I can’t tell you how many times I’ve played outside with a friendly but competitive group of 3.5 and above players who are serious about their game. But, regardless of whether or not a superb shot crossed the line, the ball is always called on and the player is congratulated on a terrific shot.

The only exception is during serving, when the ball must clear the non-volley zone line to be considered long enough. If the serve appears to have come from the kitchen line, it is labeled “no good.”

Remember that the serve may come close to touching the center line. Click here for other serving guidelines you may not be aware of. 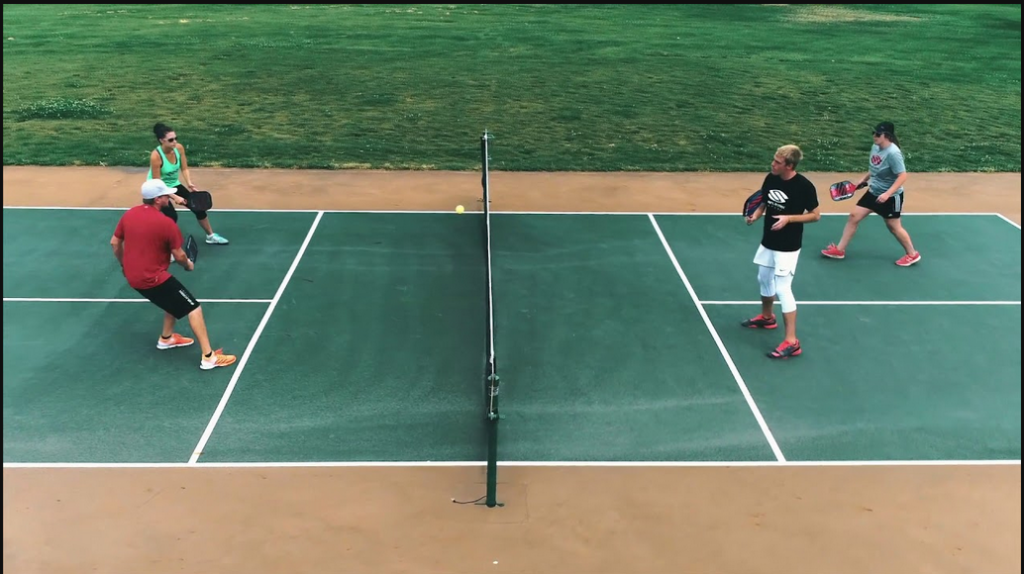 In pickleball, there are three rules for calling an out:

Remember that the team that made the shot should always be given the benefit of the doubt.

Is it more difficult to call a player’s ball out in pickleball?

Because the plastic ball is tougher than a tennis ball and does not compress nearly as much, it can be more difficult to call a ball in or out in pickleball than in tennis. This reduces the size of the hitting surface on the court compared to tennis. In pickleball, the call is made at the point of contact. Pickleballs are tougher than tennis balls and do not compress as they bounce on the court.

With a pickleball, there isn’t as much “give” as there is with a tennis ball. As a result of the reduced compression, the point of contact for a pickleball is substantially smaller.

This give, or compression, causes the tennis ball to last a little longer on the court. Pickleball balls, especially outside balls, have very little give.

Pickleball’s point of contact is smaller and faster as a result of this. This can make spotting a gap from a boundary line and calling an out more difficult. It also makes it more difficult to strike a line since the plastic ball is less forgiving and doesn’t usually shrink enough to catch the line’s edge and stay in. 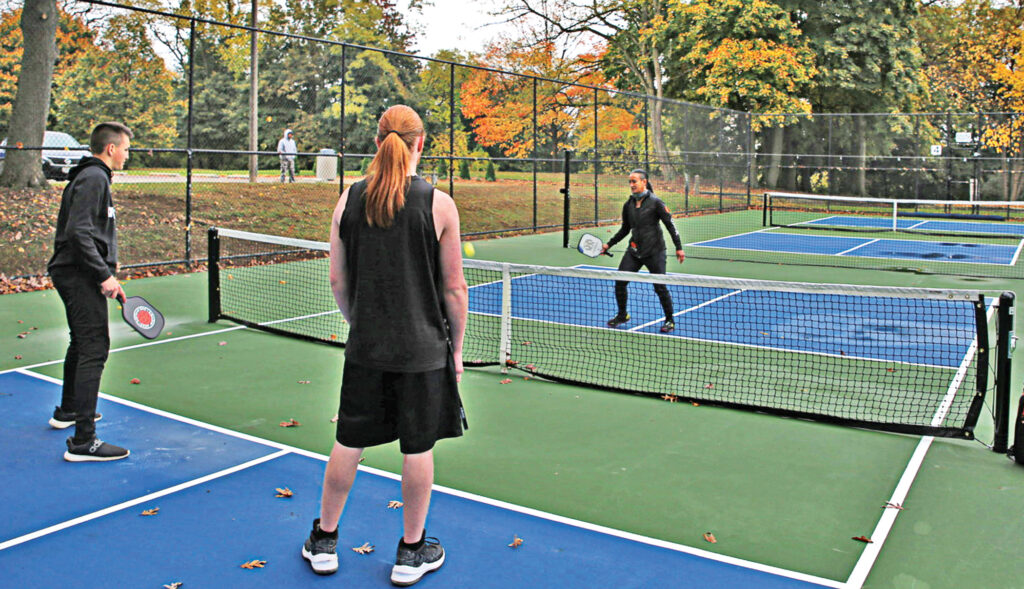 Use Courtesy On The Court When Playing Pickleball

It’s difficult to discern if a ball is in or out because it’s difficult to observe the actual moment of contact. Give the opposition team the benefit of the doubt if you have any doubts about a “out” call. The ball should be referred to as “in.”

Players should promise to exhibit excellent behavior, fair play, and good sportsmanship, as stated in the USAPA Code of Conduct, and they should be honest in their line calls.

Even in the midst of a close match, adhering to these essential code of conduct ethics will ensure that calling an out in pickleball remains fun and friendly.

Before the ball hits the ground in pickleball, an out is called.
The ball is still in play if a player declares a ball out before it bounces but it ends up being “in,” as this is considered “partner communication” rather than a valid line call.

Any call made before the ball bounces is considered partner communication, not a line call, according to Rule 6.D.11 of the IFP 2021 Official Rulebook, and the ball remains in play. Calling a ball “out” after it bounces, on the other hand, is a line call, and the point is over.

So, before making a final decision, wait until the ball has bounced on the court.

For example, if we’re playing together and a ball is thrown hard and high at you, I’m permitted to cry “no!” or “long!” to signal that you should not strike it and let it go.

Is it Possible to Avoid Making Line Calls?

Have referees on hand: Referees can make line calls easier in specific games and tournaments. When there is a question regarding a line call, having an objective person call the game might relieve the strain on the players.

Ever wondered how to lay down legal, but temporary, pickleball lines on a tennis court? My step-by-step guide may be found here.

To summarize, the rules for line calls in pickleball are rather straightforward:

In pickleball, a ball that touches the line is termed in. The ball is out when there is room between it and the line.
– Before you call the ball out, make sure your opponent’s ball is out. The ball is regarded “in” if there is any uncertainty about the legality of the call.

If you’re looking for pickleball equipment recommendations, check out the guides below: